I read these two books during my winter break. Ender's game is the first one I read and it was really good.

The book is about the military recruiting kids at the age around 6 for battle school so they could fight the buggers if they attack earth again. They have their schooling there, they play war games and are set into teams. This "school" is in space and have an anti gravity space where the different teams fight against each other. Ender Wriggin was the shortest, youngest, and smartest when he arrived and gained a lot of bullies. Soon he becomes a commander of a team and get pushed way faster forward than any other student. An new student called Bean arrives in his team, he is smarter than ender and smaller and shorter but Ender doesn't know him really well,soon they become rivals. Not long after, Ender goes to command school and he gets trained by the person who won the last battle. 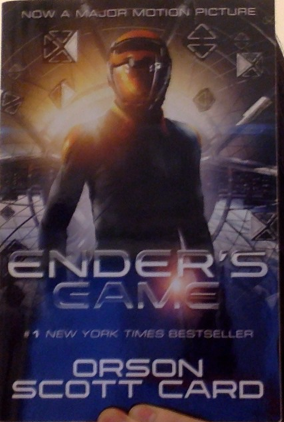 Ender's shadow had all of the battle school events the same except for the point of perspective, it is in the perspective of Bean. He is a genetically engineered person who took a different route when he was born. He ate the fruit on the tree that gave you intelligence, but that had a price, he only had a very short life in comparison for all the other people who ate the tree of life (long lives). He is the smartest kid in battle school, for he has learned a lot surviving on the streets right after he was born and ran away. Read the rest of the story and you'll understand a lot more than if you just read the first book. 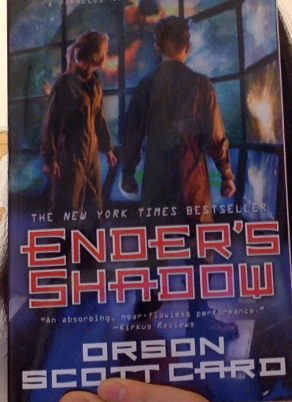 Try it! The movie also recently came out for Ender's Game.
Posted by Angelina at 06:04 1 comment: